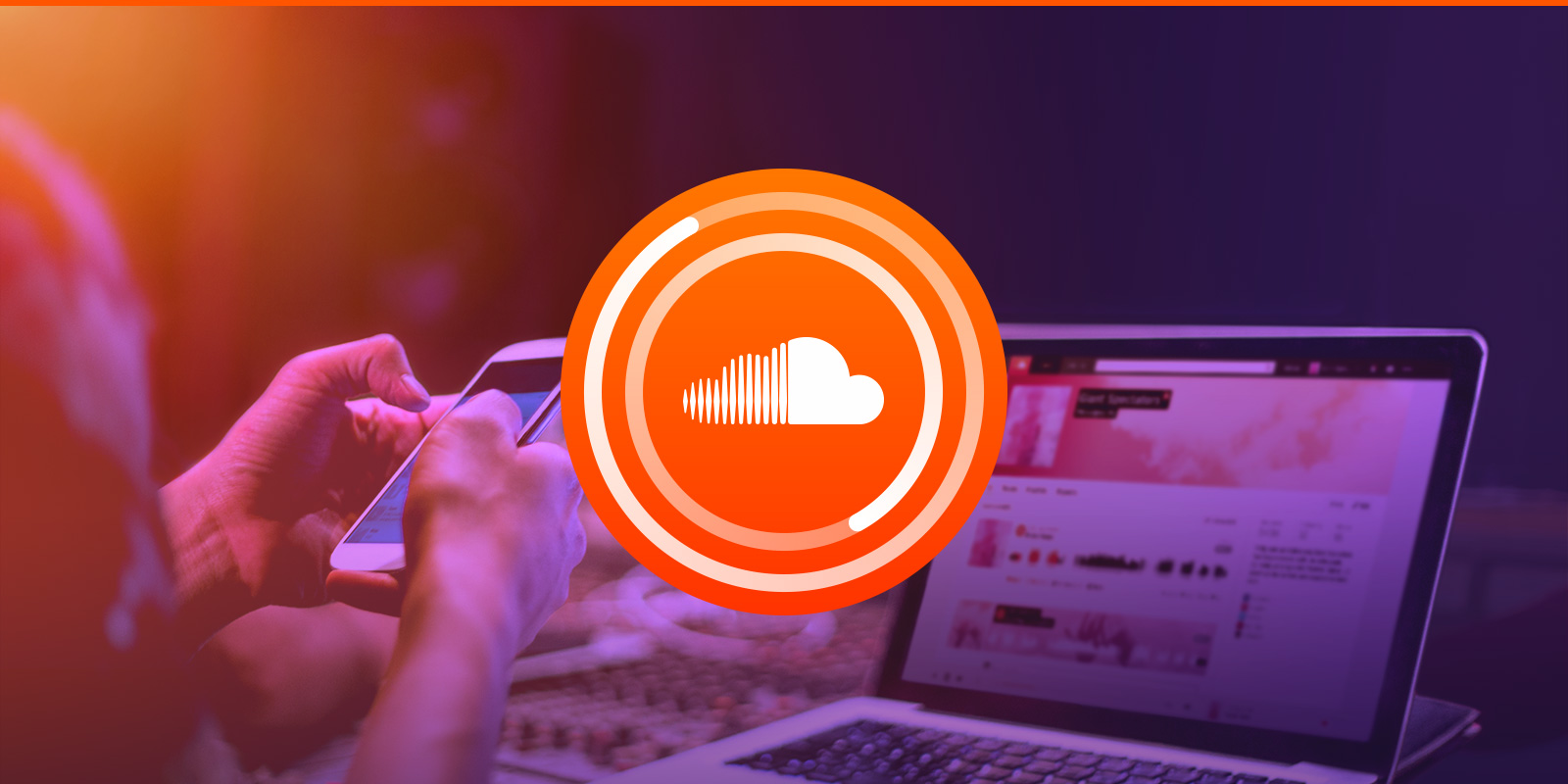 The SoundCloud app for creators is a strong testament to SoundCloud's continued dedication to creators and creativity. It aims to makes creators feel understood, and demonstrate SoundCloud's long-term commitment to them.

The identity of the app was going to be a key component of the overall brand positioning: the app will both come from SoundCloud’s brand and also feed back into it.

We identified the app’s identity as: energetic & engaging; rewarding, with constant feedback; surprising, but still serious; all with a subtle urgency. 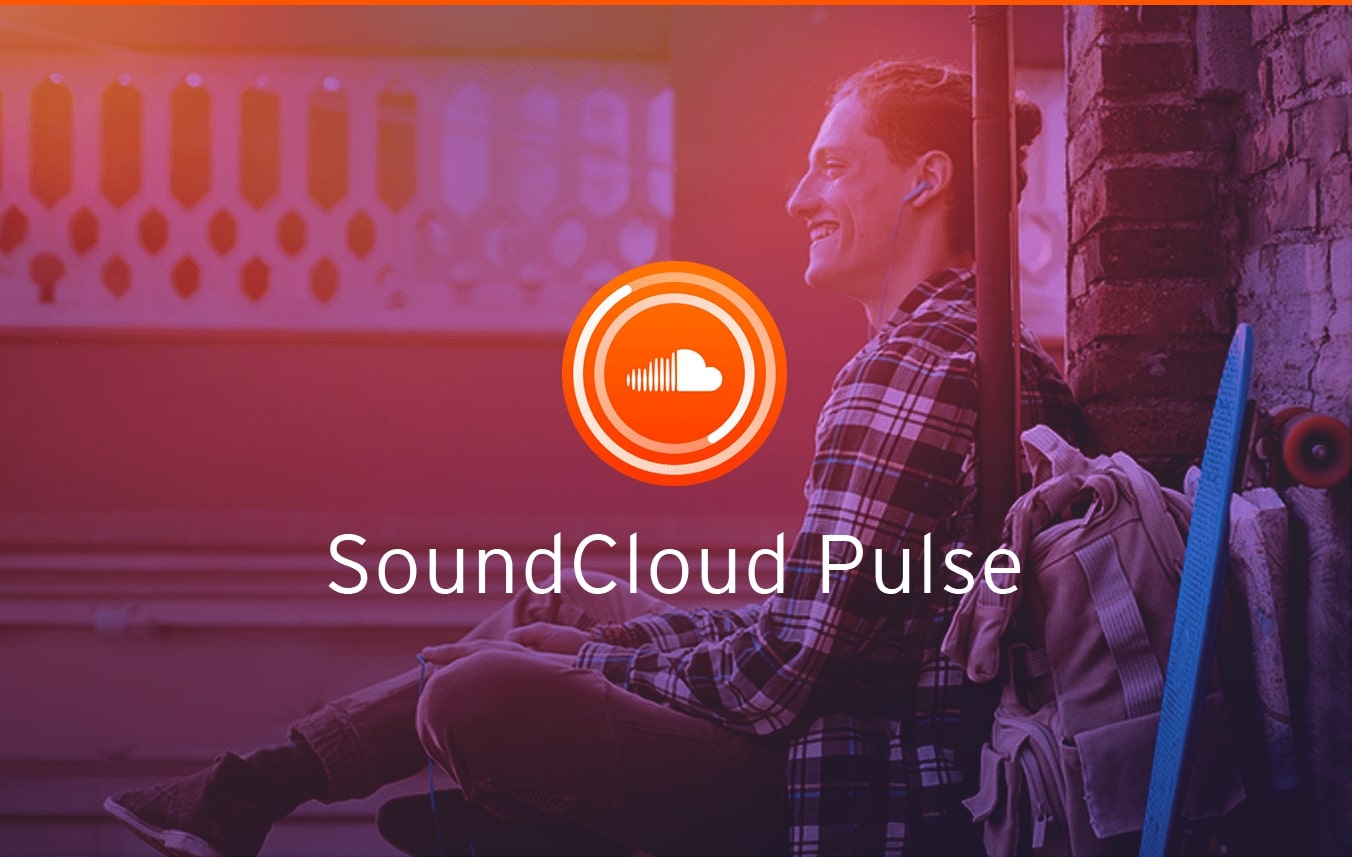 We needed to decide on the positioning and the key visuals in the brand: Should it be clearly distinguishable from SoundCloud's main brand, or should it feel closely related?

In order to help with decision making, we looked at competitors. Based on this, we were able to define a scale of relatability, and clearly explain the parameters of each point on the scale:

We determined that the creator app belonged in the Hierarchy bracket: One main app + companion app. The branding should identifiably be part of SoundCloud, but still stand out in app-store from our listener app.

We did not want to invent a completely new sub brand, but rather focus on communicating that this app contains features specifically for creators that do not exist in the listener app.

Finally we were not putting this at level with the listener app, which remain the SoundCloud app: The Creator App is a specialized companion app. 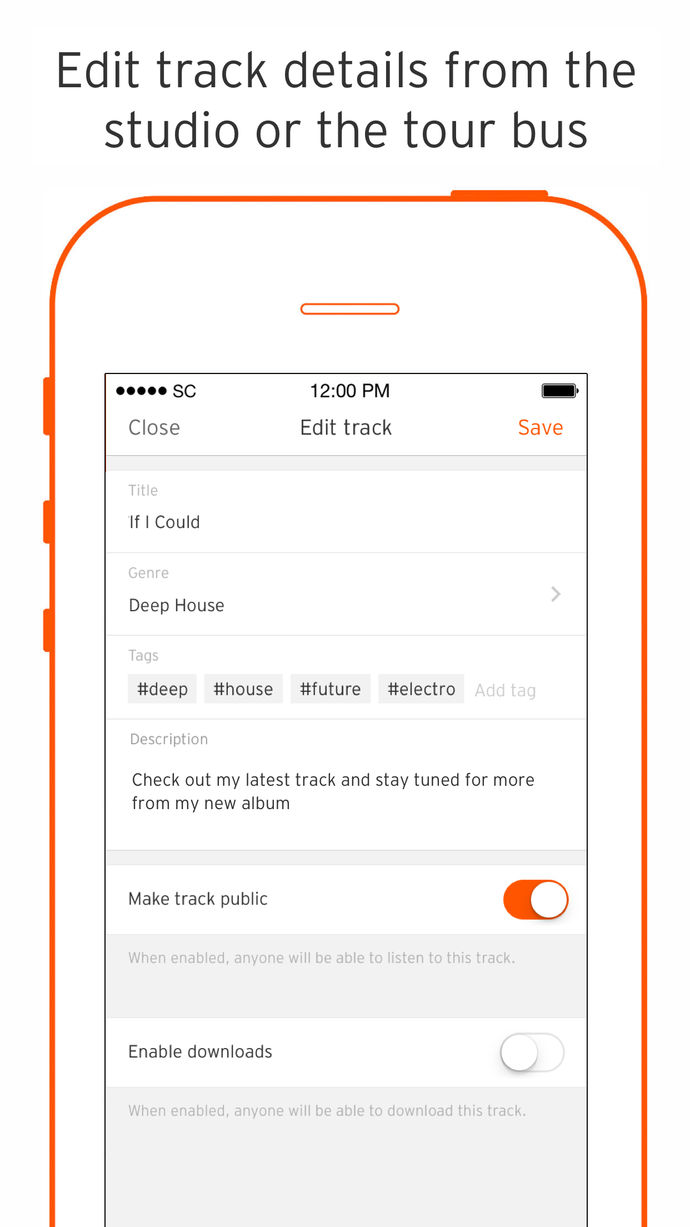 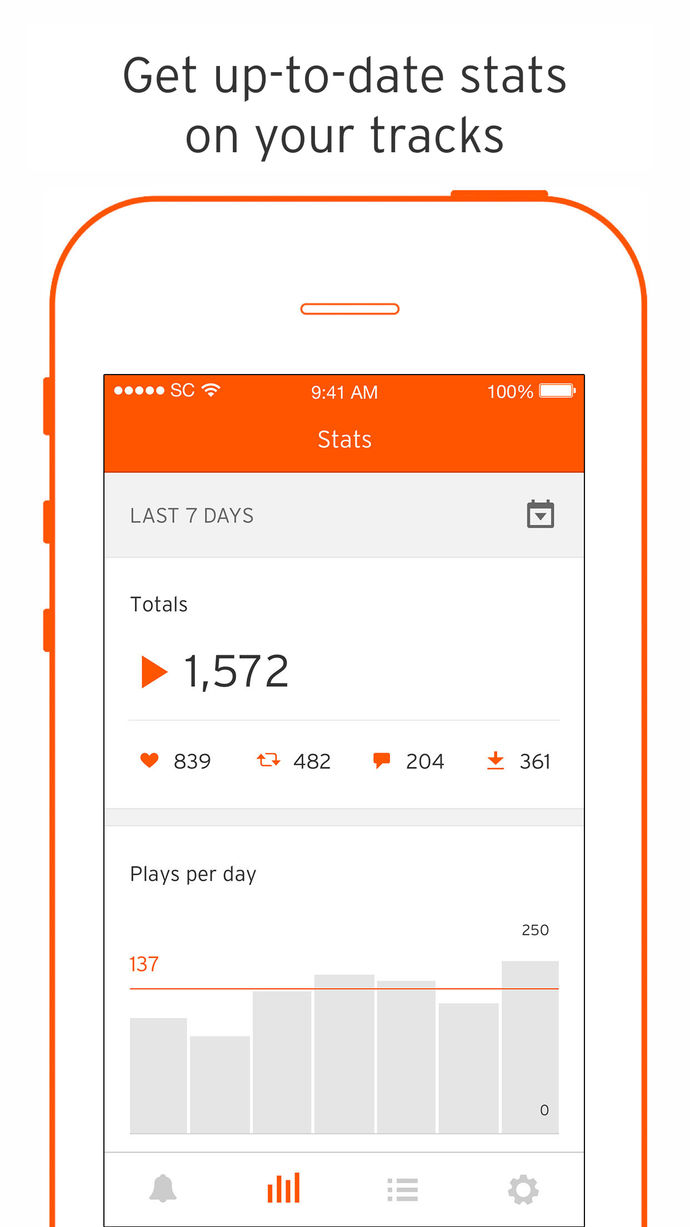 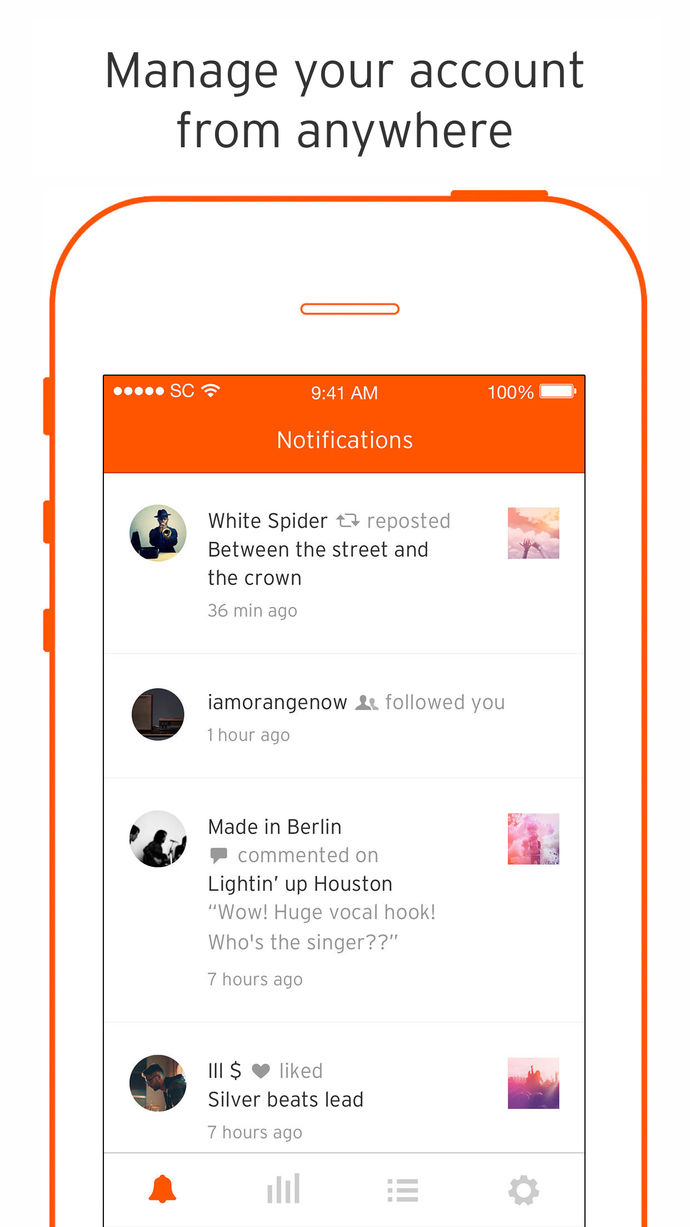 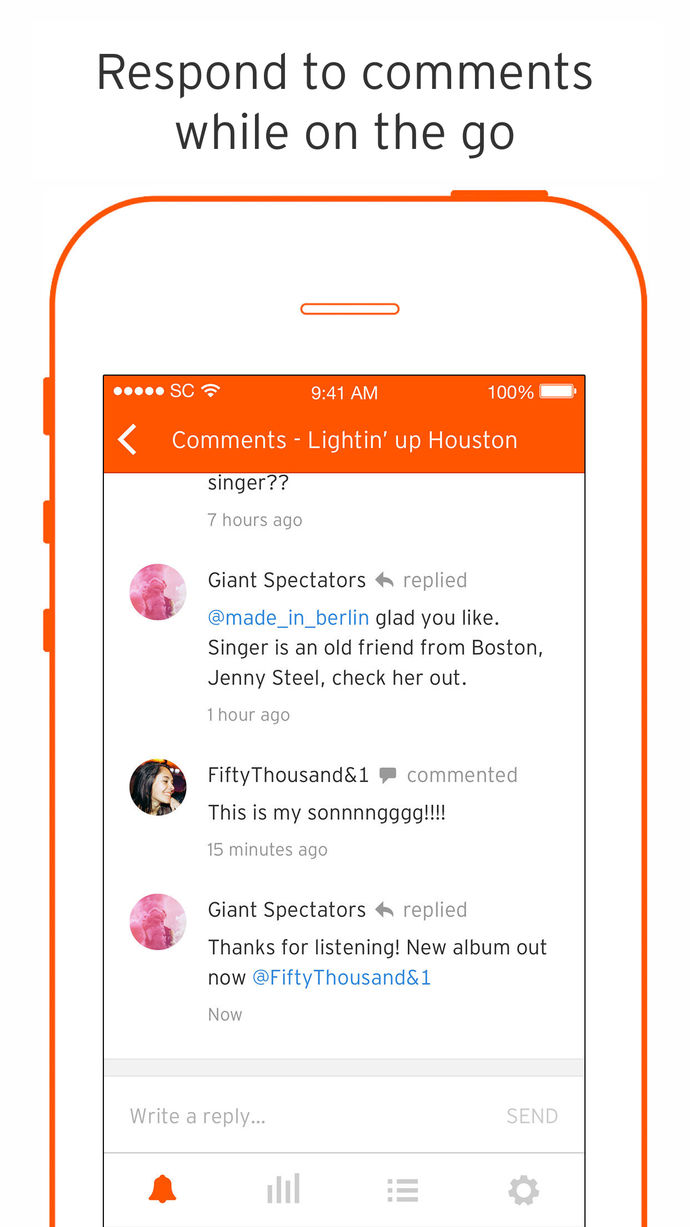 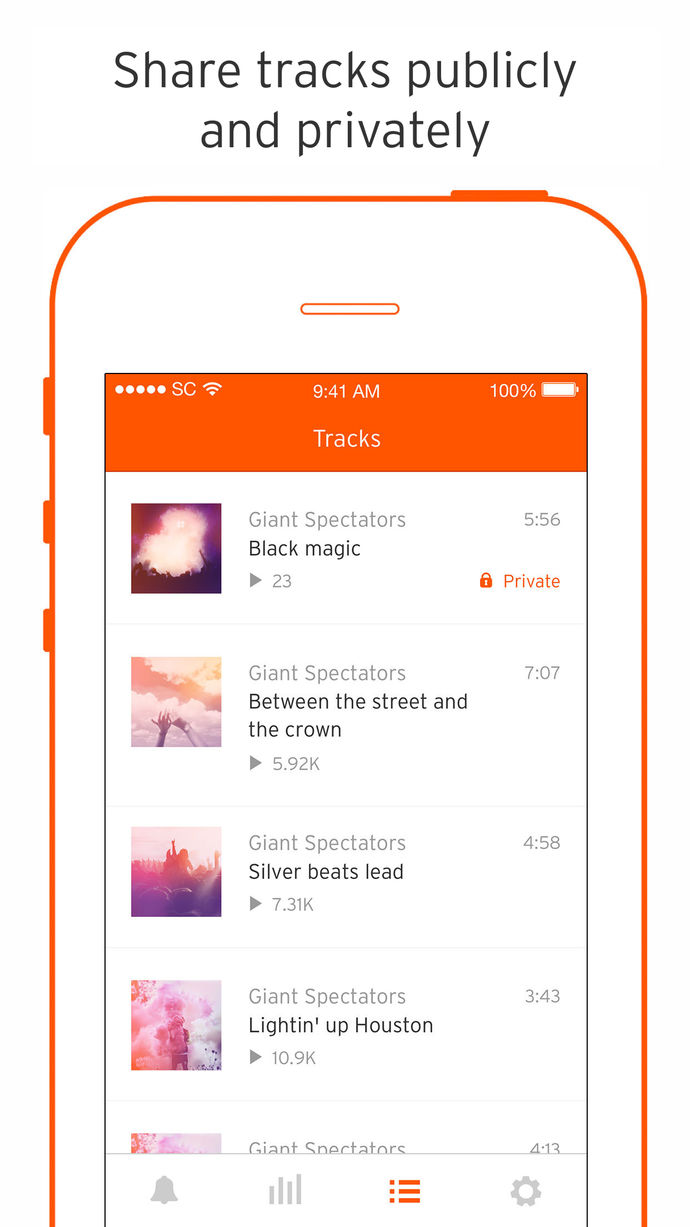 In order to ensure we had an informed decision making process, we ran an Open Mic Survey on the different names in play: SoundCheck, SoundCloud Pulse and SoundCloud Amp. We did not only test the popularity of the names, but also trying to better understand the associations of our core users with each potential name.

The name needed to:

SoundCheck ranked highest, with 46% of the users putting it as their most preferred name.

SoundCloud Pulse came in at a second place, with 33% of the users putting it as their most preferred name.

SoundCloud Amp came in third place, with 12% of the users putting it as their most preferred name.

One of our goals for the name was that it had to fit in nicely with the overall SoundCloud brand positioning. Furthermore, we wanted to ensure that it felt energetic and engaging; rewarding, with constant feedback; surprising, but still serious; all with a subtle urgency.

Having a name that reflected those values, was more important than the first-glance attractiveness of the name. We decided to go with SoundCloud Pulse.

We tested the associated attributes of name contenders, and what we found was: 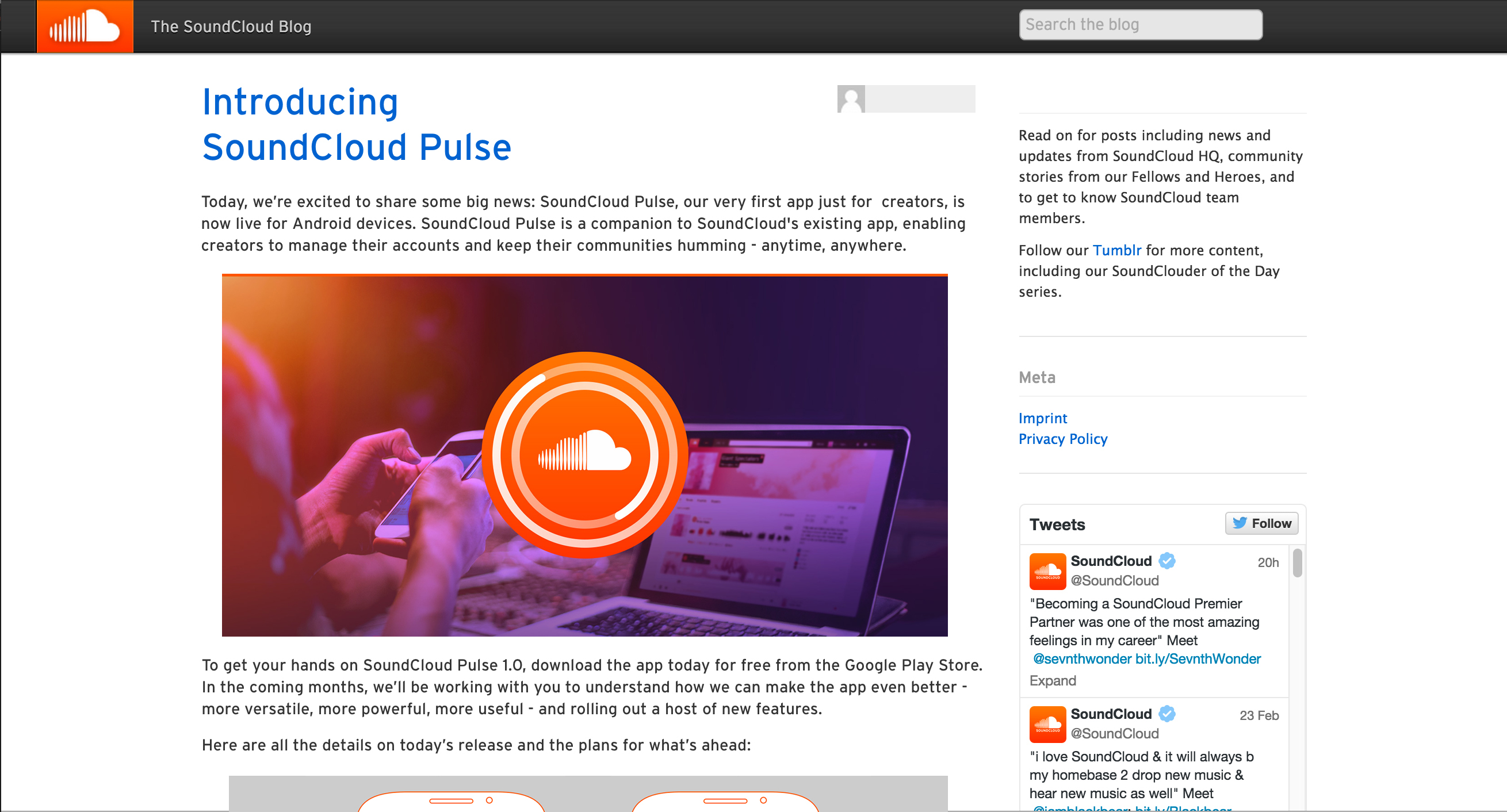 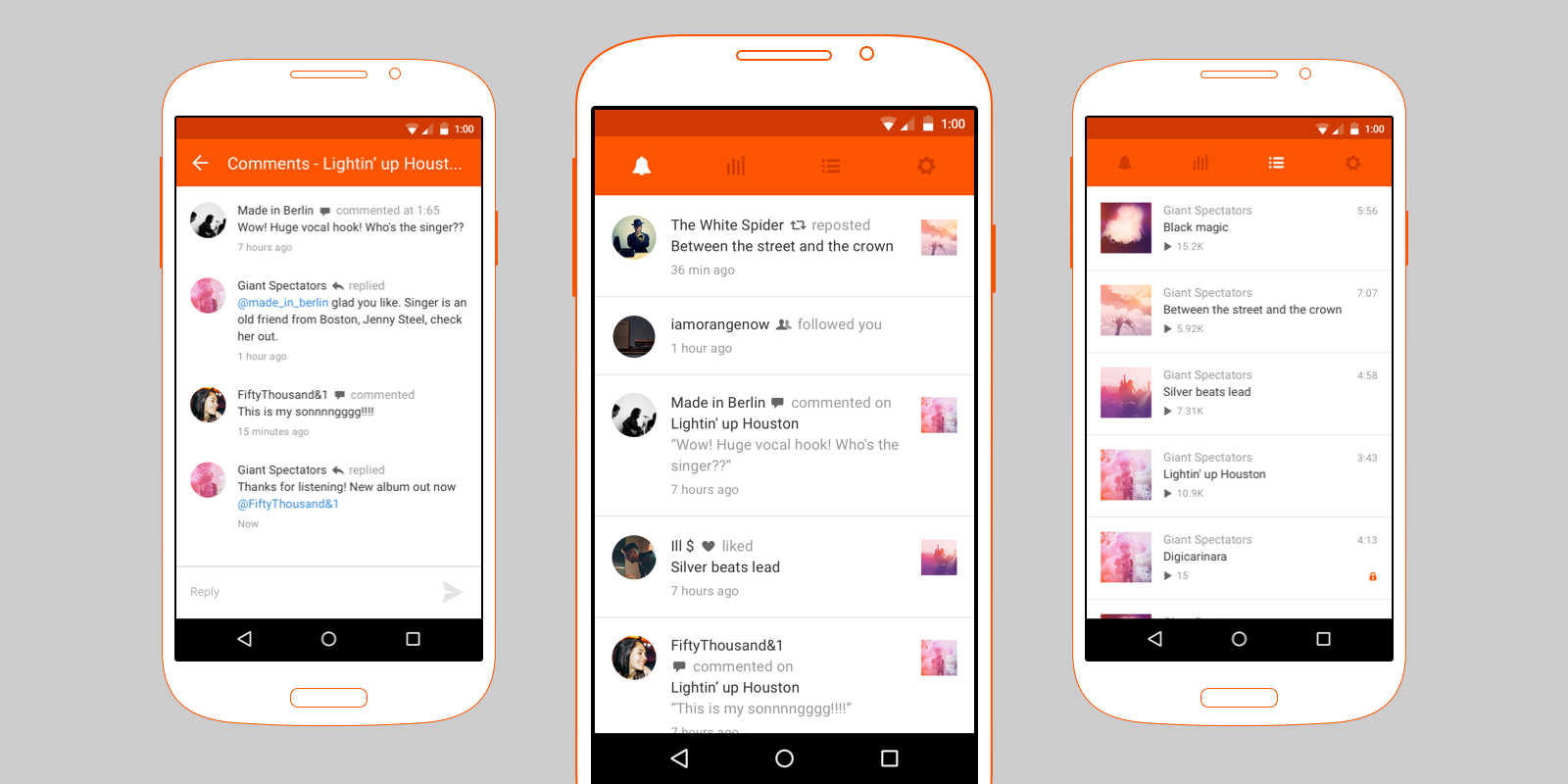