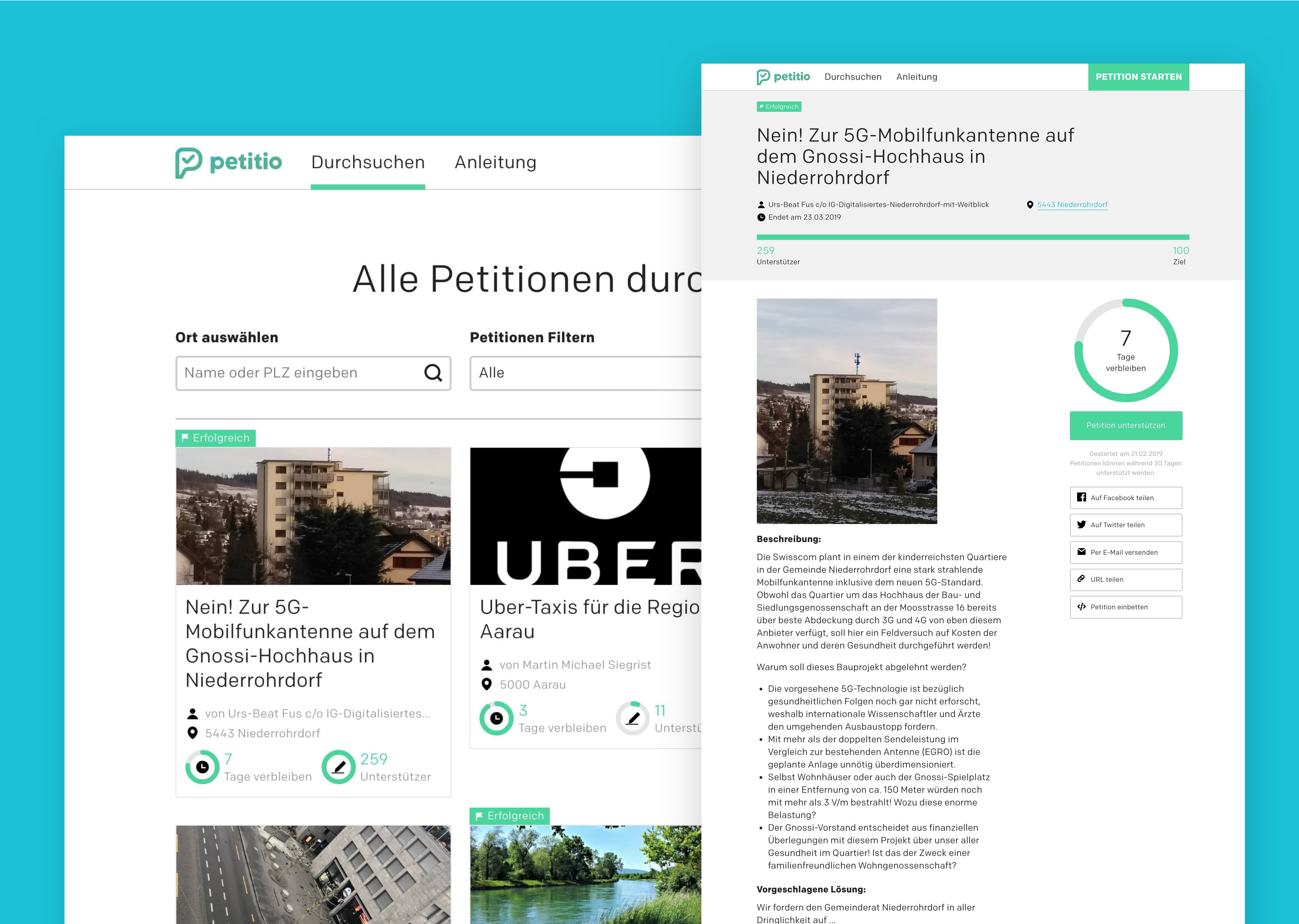 Working together with Swiss media house AZ Medien, we developed the concept for Petitio, an online petition platform.

AZ Medien’s news sites focuses on localized content for residents of eight Swiss regions, and Petitio would take this citizen-focused approach a step further—giving people the opportunity to have their voices heard, make concerns known, and gain support.

Pitching the idea to Google’s Digital News Initiative, we received funding to bring our vision to life. Focused by region, Petitio aims to generate direct discourse between the petitioner, supporters, and relevant local authority.

Successful petitions generate a physical letter sent to regional council representatives, and a request to respond via the app. This response is then displayed with the petition, allowing the petitioner and supporters to see their impact. 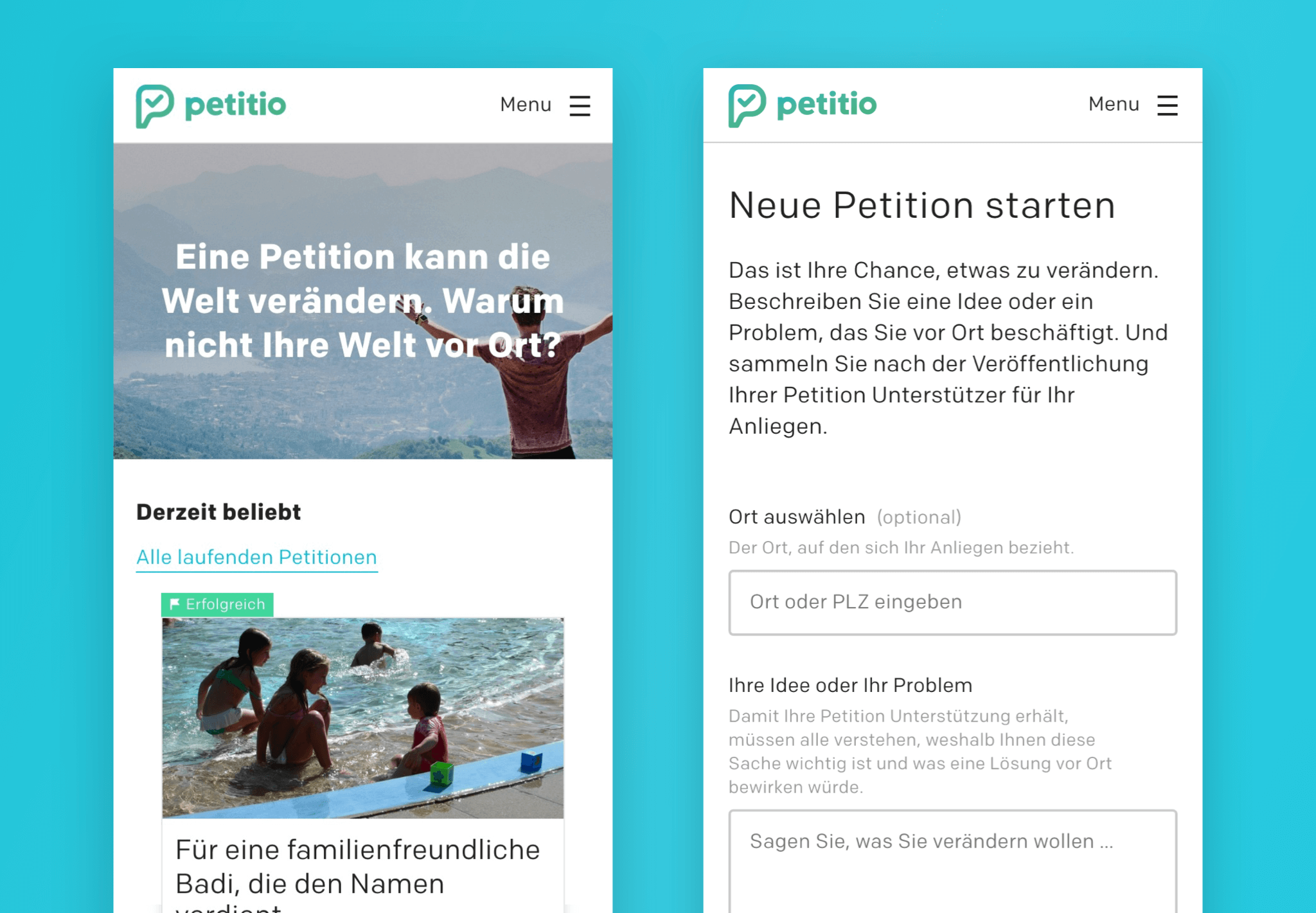 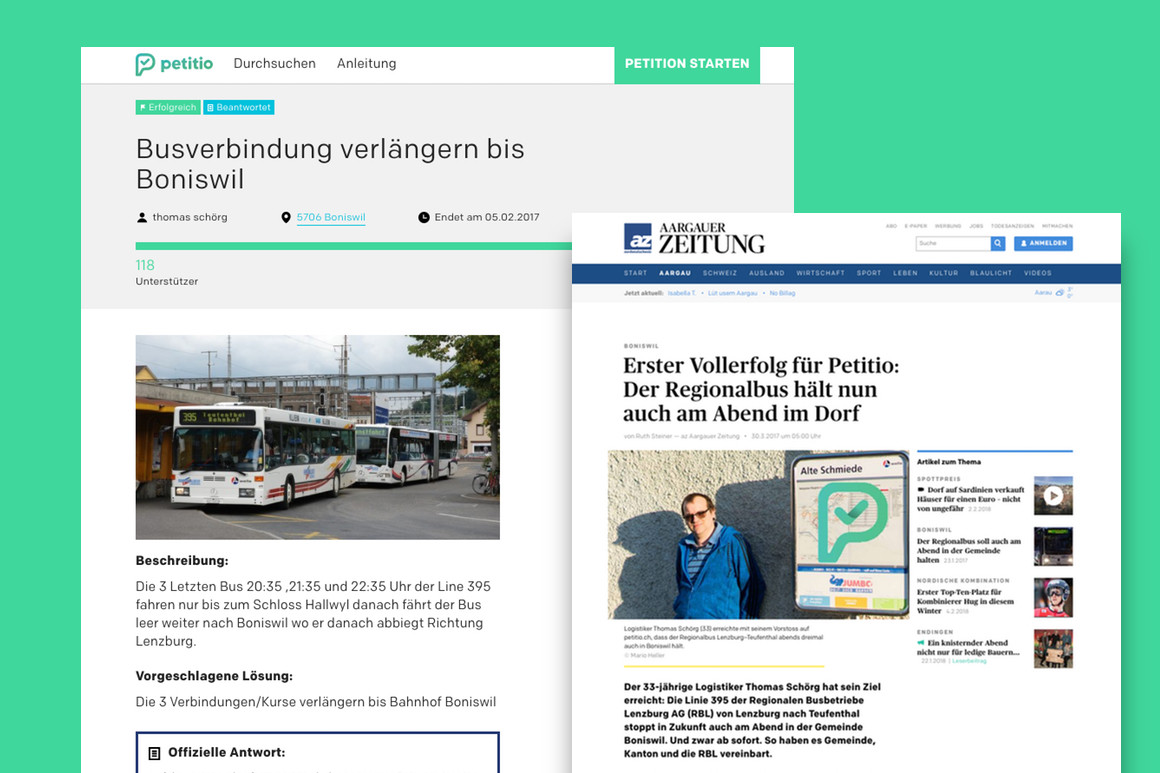 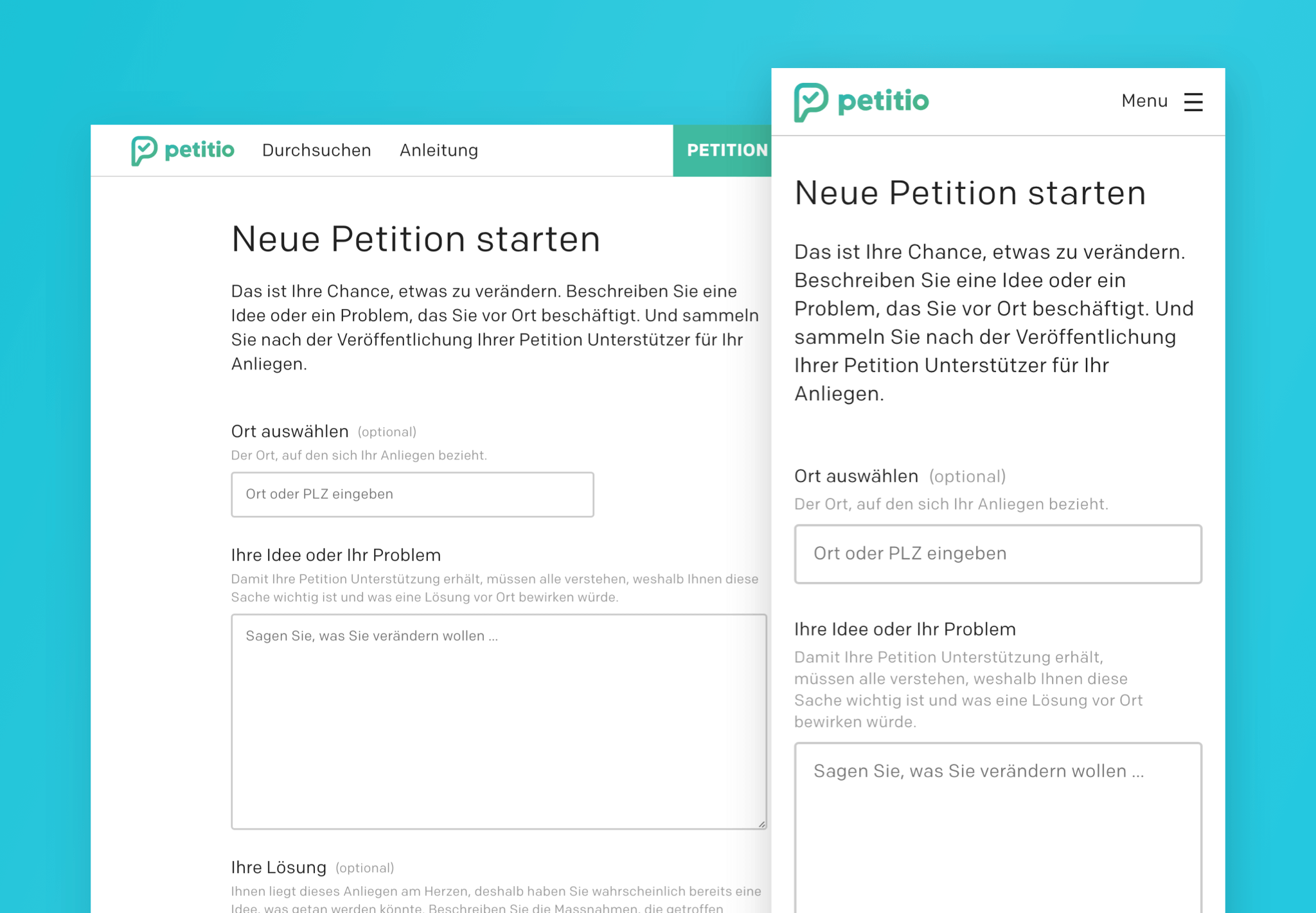 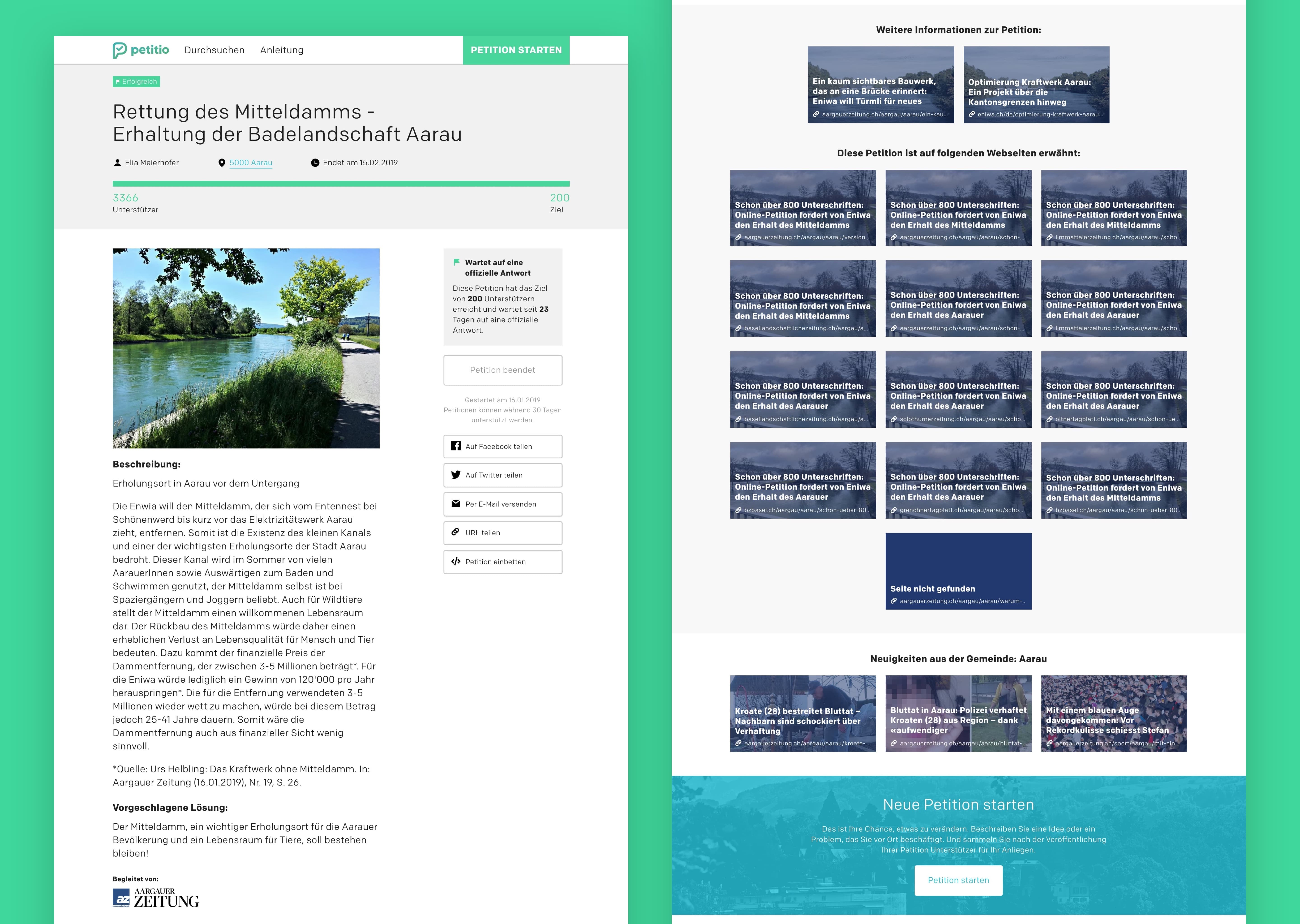 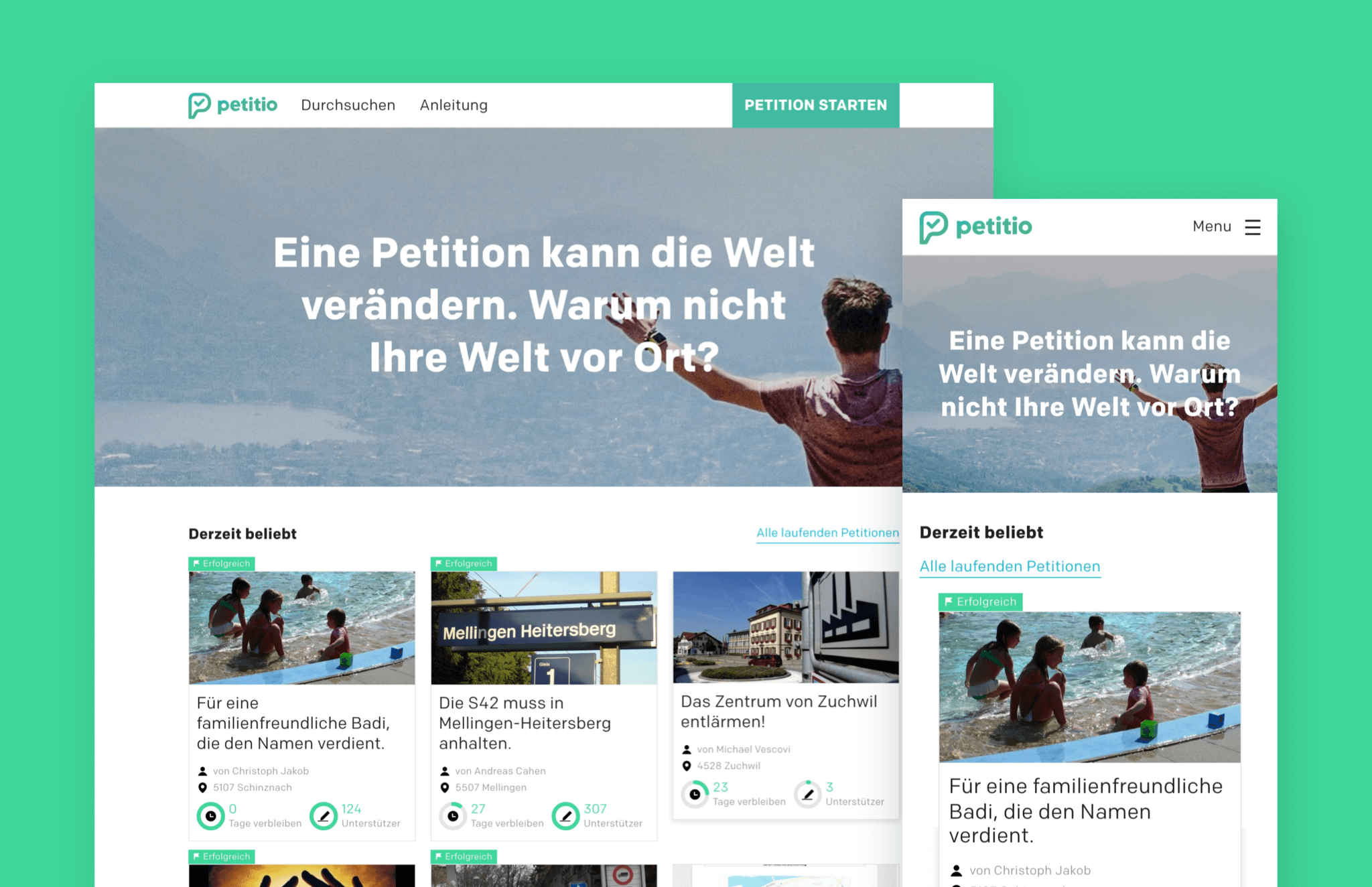 Project development revolved around the creation of an open-source petition framework, IRIS — with Petitio as the first branded variation — allowing AZ Medien to invite other media organizations to join the Petitio platform, or set up their own independent version of IRIS.

The finished platform is a universal Javascript application built on React and Redux, ensuring all stages of petition creation and supporting flows are lightning fast in the browser. It also includes Single Sign-on and SMS verification to confirm users’ identities and maintain compatibility with AZ's existing user accounts.

Alongside the technical implementation, we ensured visual and UX consistency across the app to create a trustworthy and credible platform, and establish a design direction that can move forward with the Petitio brand as the platform evolves. 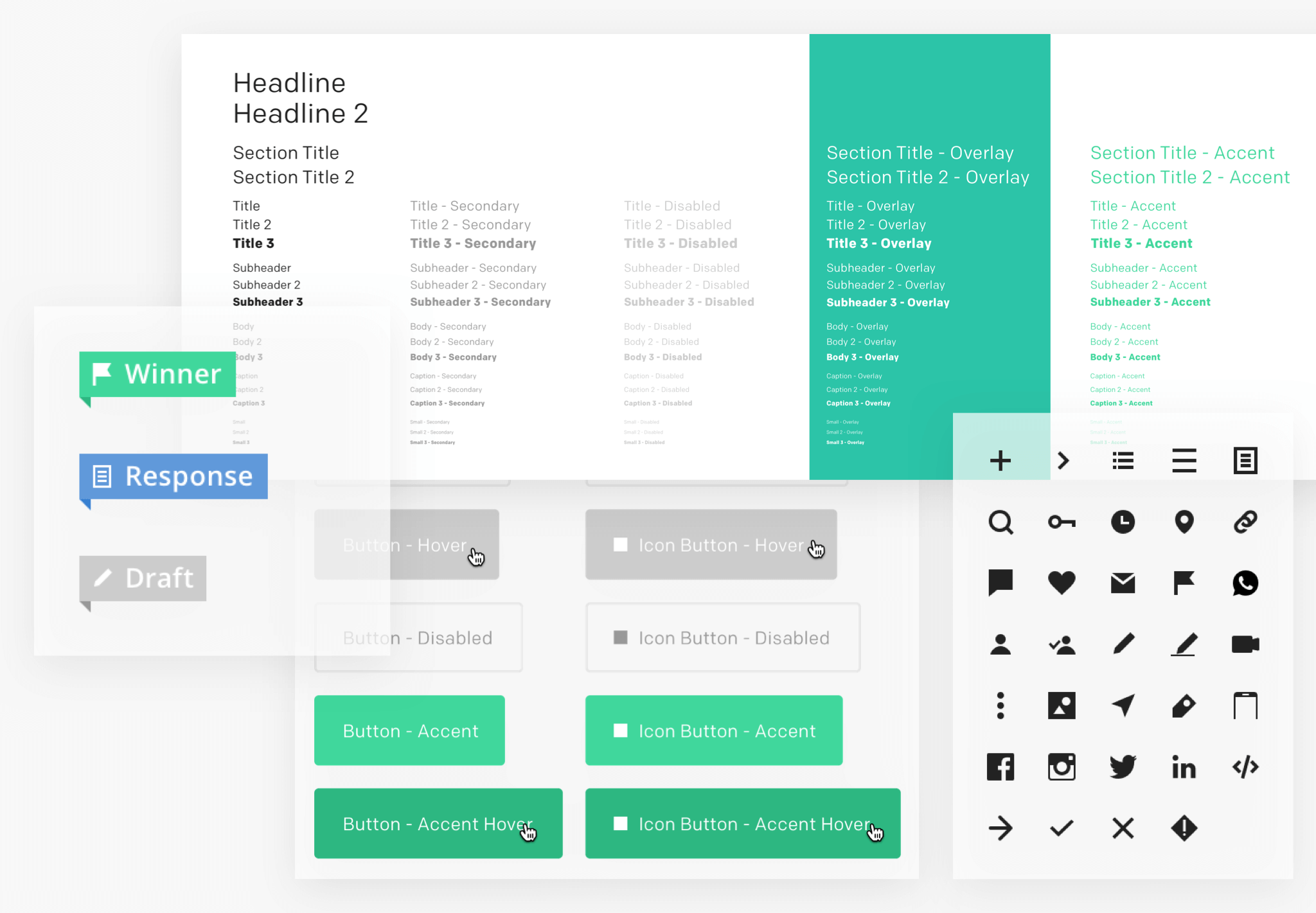 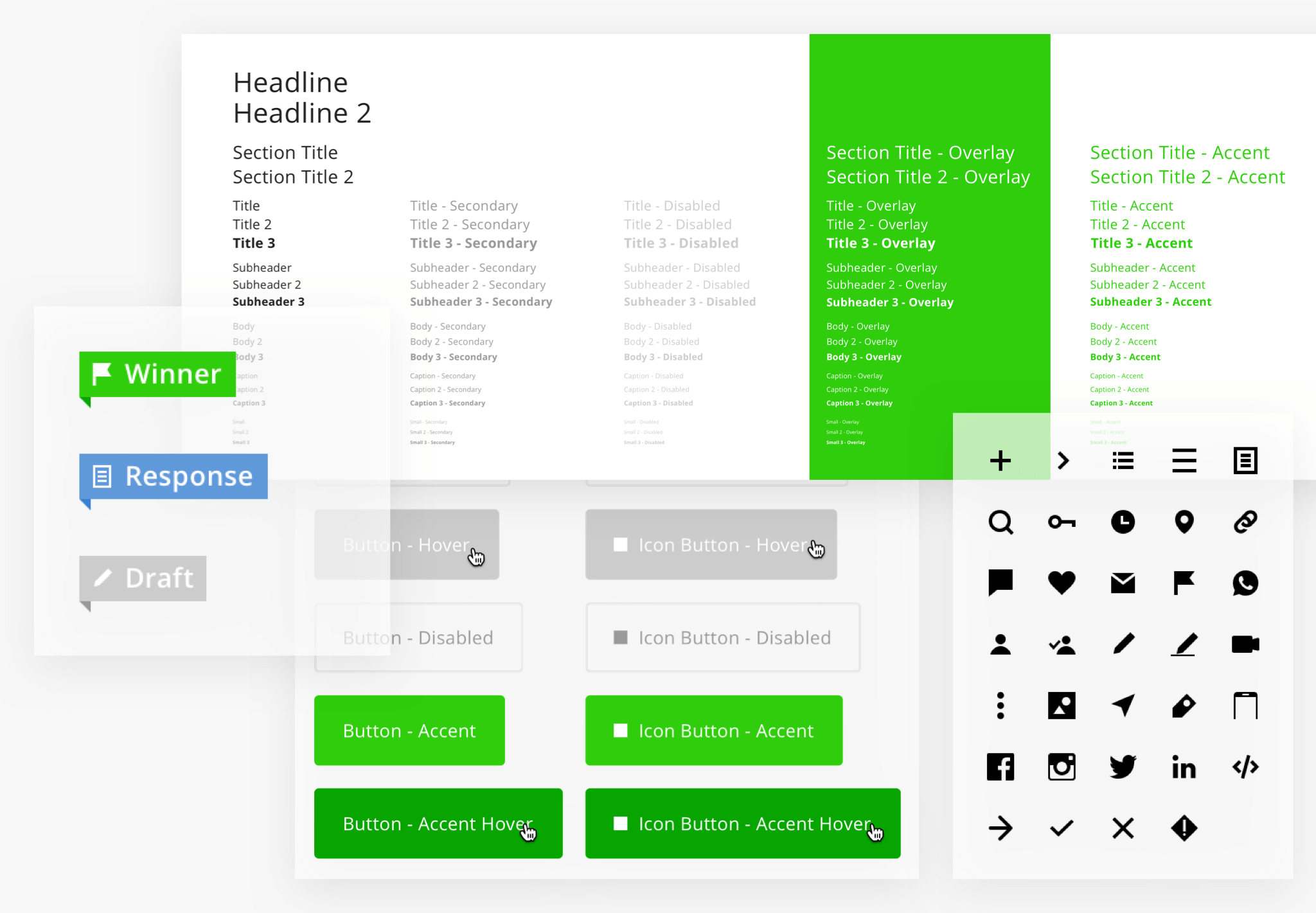 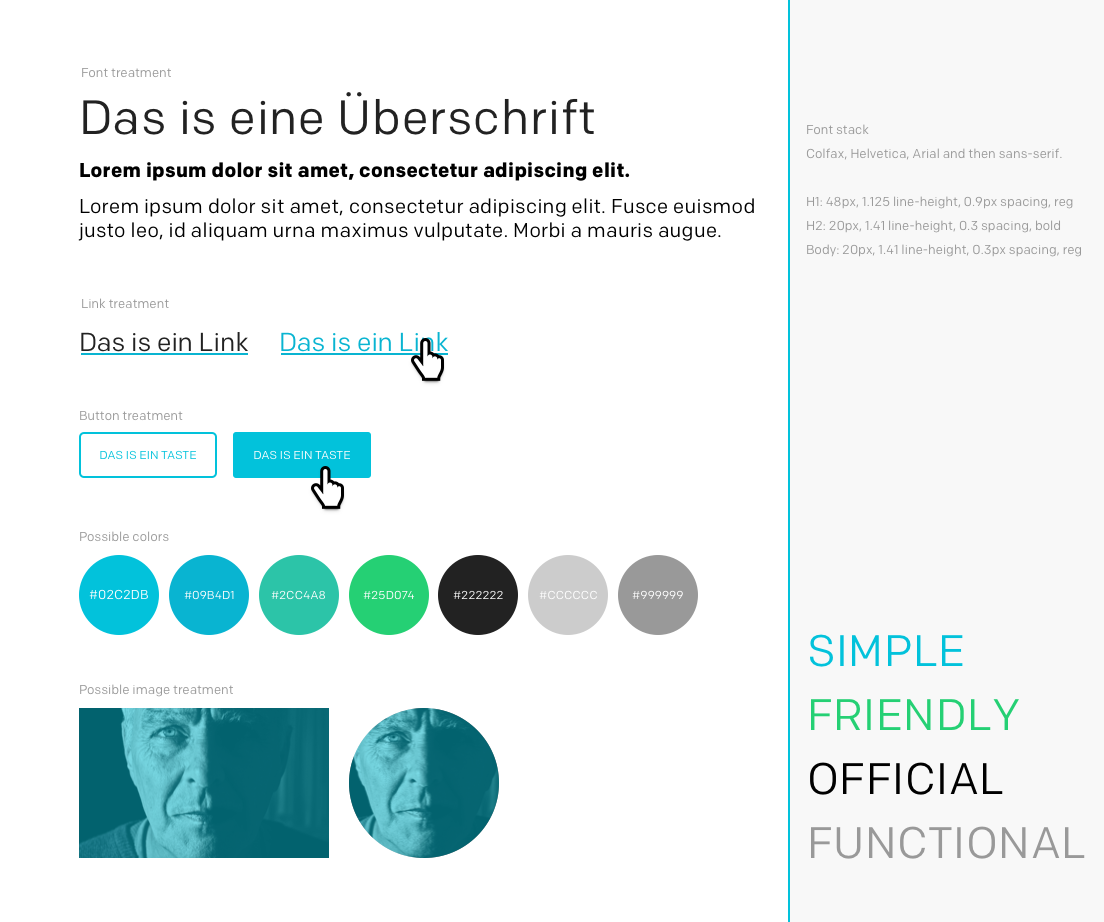 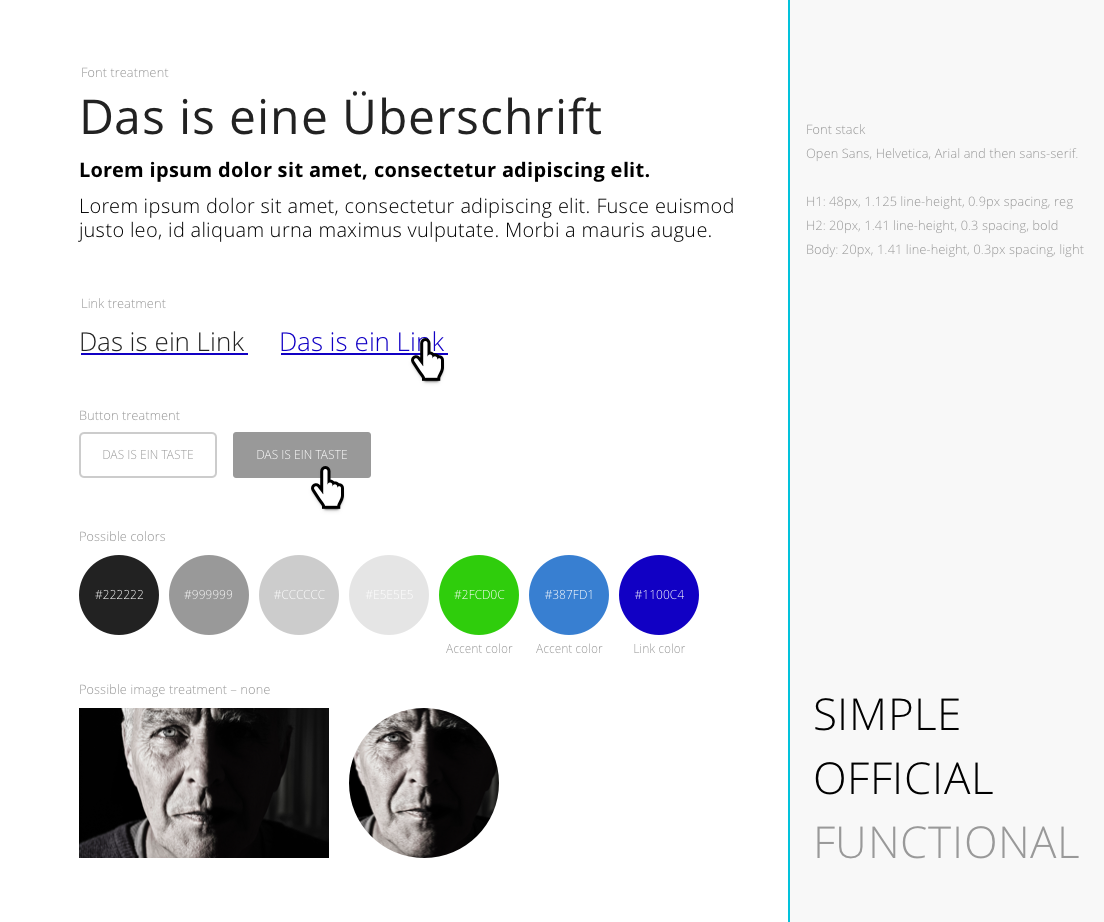 We used prototypes consistently throughout the project to review flows and interactions.

As we were three separate teams, AZ Medien (product owner) in Switzerland, backend team in Switzerland, and frontend + design in Berlin (my team), we depended on prototypes during our sprint reviews and planning sessions to discuss design solutions and interactions.

Atomic Design
Because Petitio was meant to work as an open-source petition framework – IRIS – we needed to develop a system that could be branded per application. For that reason, we went with an atomic design approach. 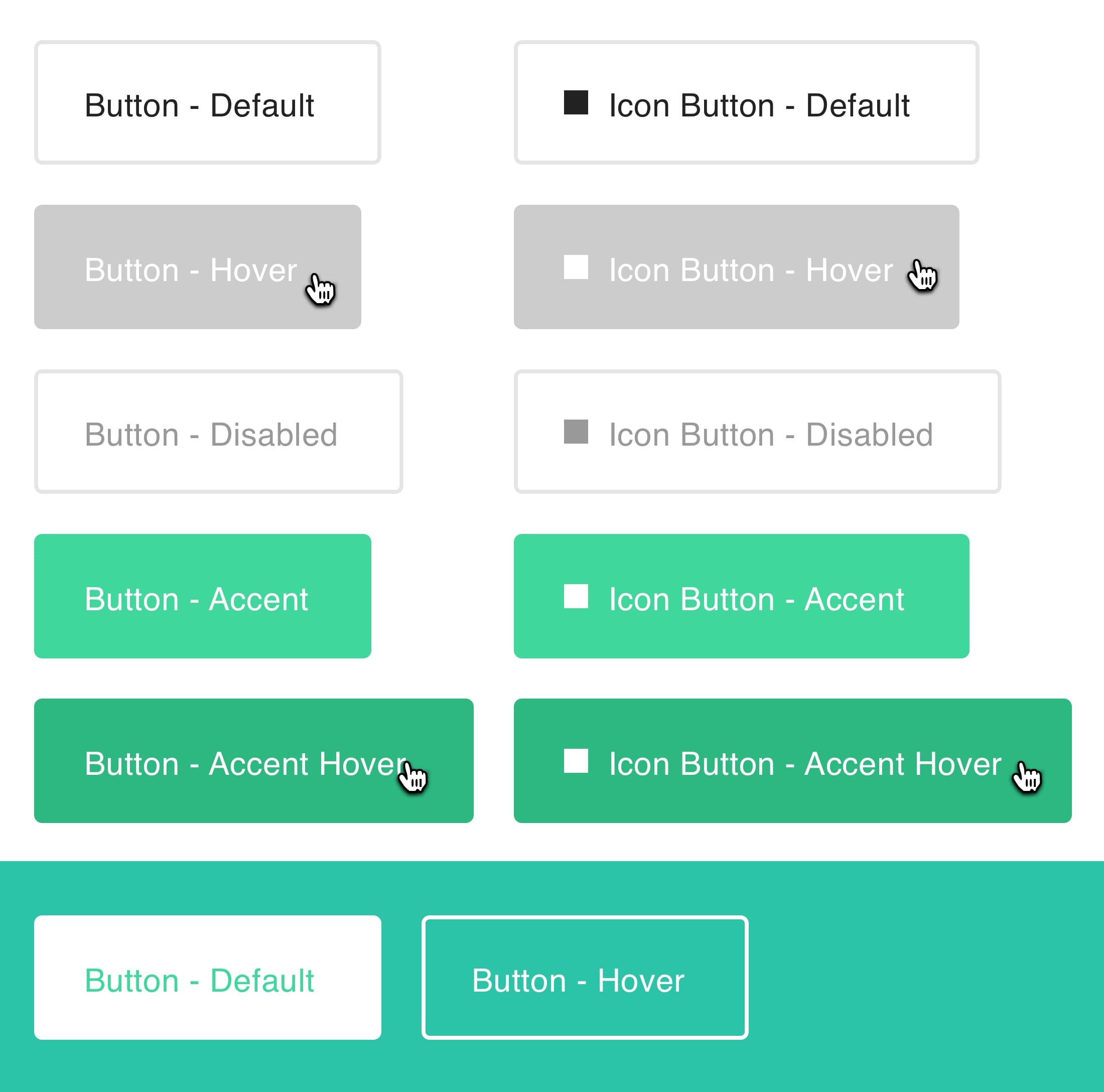 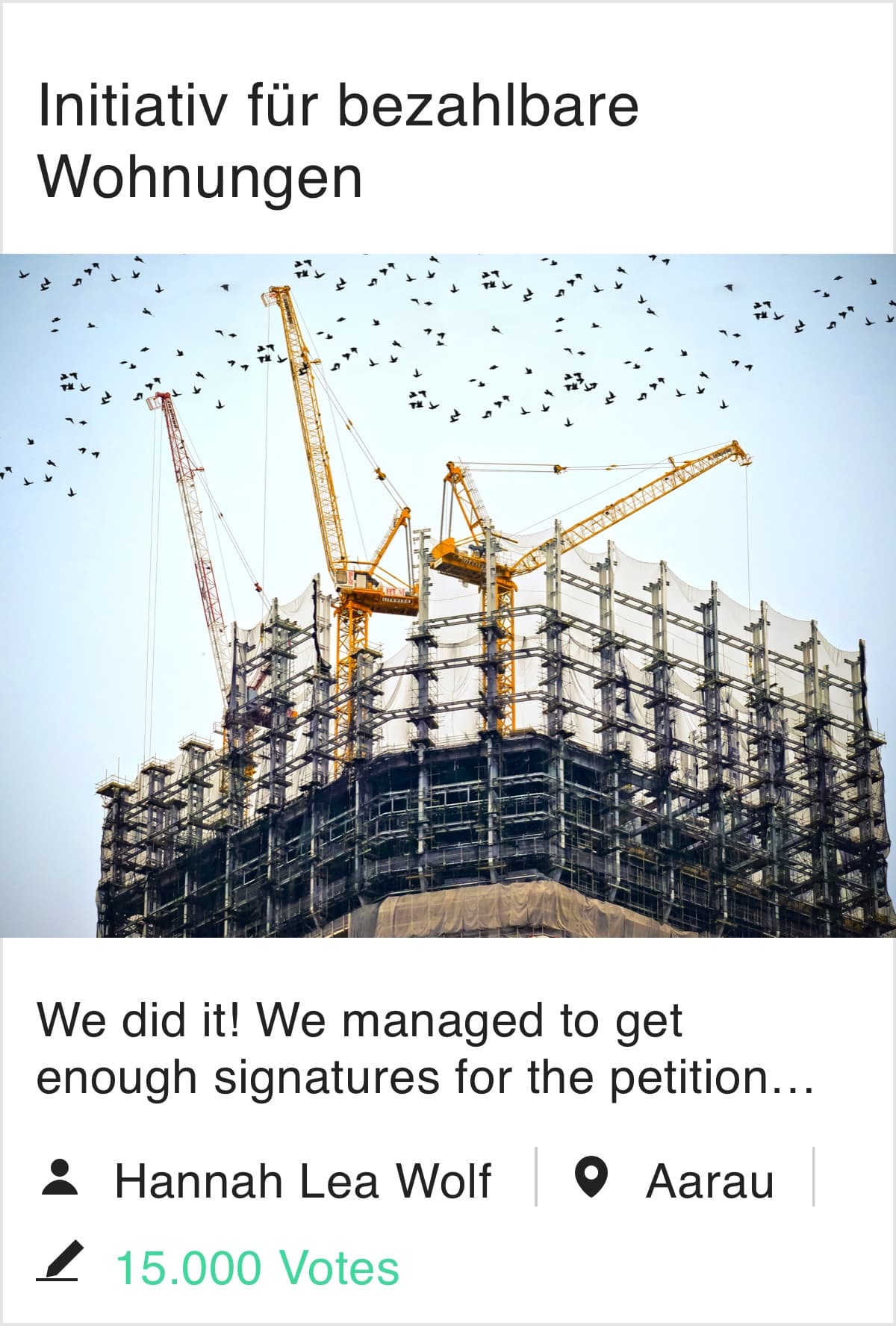 "Even in our wildest dreams we couldn’t have expected such a great start: more than 80 petitions created, supported by a total of almost 5000 signatures, in just the first month."